Ten years ago, Davis Guggenheim turned Al Gore’s environmental traveling lecture and slideshow into an award-winning film. Picked up by Paramount at the Sundance Film Festival, An Inconvenient Truth went on to genuinely change hearts and minds across the world. Having escaped fairly unscathed from the presidential elections in 2000, Al Gore himself has transformed in front of the world – from an awkward, not-quite-there ‘Veep’ to a man bravely following his passion who is partly responsible for the entire movement on countering the human impact on global warming.

Watch it online now – An Inconvenient Sequel: Truth To Power

Ten years later, Al Gore has brought us the largely unexpected An Inconvenient Sequel: Truth to Power. The documentary continues to follow his Climate Leadership Training seminars, which were the first ever to portray the real climate-induced chaos that is happening in far-away, rarely seen places. However, as opposed to the former PowerPoint-laced prequel, An Inconvenient Sequel opens with wide-span, visually impressive and exploratory film of melting ice sheets in Greenland and treeless terrain.

Not only does the new addition feel glossier and hint towards a slightly heftier budget, but the focus seems a little different too. The directors Cohen and Shenk make the case that the rise of extreme weather – Hurricane Sandy, Typhoon Haiyan, the wildfire in Fort McMurray and the Zika Virus – proves that climate change is undeniable, and you do come away feeling like it is. However, you’d also be forgiven for feeling slightly defeatist in its wake.

Launching at the Sundance Festival this time around, Gore’s sequel premiered in the midst of Trump’s inauguration as the 45th president of the US, which must indeed have felt like a cruel twist of the knife. But what is most disappointing is that the film continues with this hangover of malaise. Its select filming translates to a rather despairing attitude, lamenting the fact that apparently nothing has changed since 2007. While there was mention of the 2015 launch of the Deep Space Climate Observatory satellite, instead of focusing on other areas of progress – such as green-energy infrastructure, for example – we’re faced with image after image of ecological disaster.

Regardless of how sweet a hint at hope would’ve been during this film, it’s true that the state of affairs of our planet is in dire need of attention. Gore’s sad yet honest evaluation of what action we must take to save ourselves from climate change is: “In order to address the climate crisis, we’re going to have to fix the democracy crisis.”

The Man Behind the Movement

On that note, we do focus far more intently on Gore himself, from arcane deliberations between Gore and other world leaders to his hopes and disappointments about our environment. This is clearly Gore’s passion, his life’s work – he is a crusader who is spreading his truth.

This decision to focus in on Gore’s personality could, in fact, be a reflex reaction. After Gore’s first film, many skeptics were uneasy of the portrayal and findings of developing countries’ suffering as a result of climate change. It seems that rather than engaging in thoughtful, level-headed, challenging discussion, many immediately began attacking Al Gore’s character. This film, giving the insight it gives into the man and his mission could be an attempt to re-establish his credibility, which has been unjustly attacked over the last 10 years or so.

The film is most certainly a sequel. It is thin on new evidence, but what is new is the key-hole insight into Gore’s life behind the scenes – how he’s made the progress he has. This includes some fascinating, very ‘non-Hollywood’ footage of his accomplishments at the Paris Accords. One extended, unmissable account of Gore’s negotiations features him getting India off coal power and another where he visits Trump Tower. This is the excitement of the film that makes it worth it and perhaps mitigates the empty feeling that the start of the feature induces.

An intriguing newcomer to Al Gore’s documentary portfolio, An Inconvenient Sequel: Truth to Power will both deflate you and excite you, but most importantly resonate in your thoughts for a good few weeks to follow. Yes, certain points do need reiteration, and the apparent rise in extreme weather and its devastating effects provides a way to do that. And whatever the thought process was that inspired an Al Gore-centric film, it brought, even more, realness to a difficult-to-comprehend and seemingly distant concept. While there wasn’t much hope in other areas of the film, to see in “real life” how Al Gore achieved tangible changes at the Paris Accords was pure excitement and motivating enough to inspire further grass-roots progress toward greater sustainability. 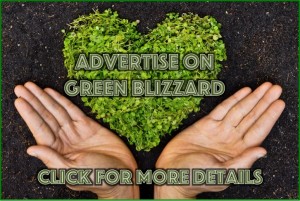 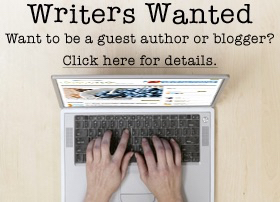